BIG NEWS — Future Pulse will publish five days a week, at 2 p.m., starting Monday, Sept. 26. Our mission is expanding to cover all of the ideas reshaping health care. You’ll find analysis that takes you ahead of the curve, interviews with innovators and data-driven stories revealing what’s to come.

WHAT’S ON TAP — Congressional lawmakers of both parties have their sights set on extending the availability of telehealth. Democrats want to force debates on abortion and the creation of a national patient ID, both of which Republicans will oppose.

Representatives and senators are also intent on leaving the capital again in October to campaign, so they need to focus on must-pass government funding bills and the annual defense authorization measure.

They will have to hash out whether to provide funds to combat Covid-19 and monkeypox — the Biden administration has requested $27 billion — and to lift the military’s Covid-19 vaccine mandate amidst a recruiting crunch.

Other health care bills could hitch a ride. Here’s what lawmakers hope to do — and what could get in the way:

In July, the House passed Wyoming GOP Rep. Liz Cheney’s telehealth bill to extend eased pandemic rules for Medicare patients through 2024. Most of those rules are set to expire five months after the end of the Covid-19 emergency. That would mean most Medicare patients would have to visit a doctor in person before being able to visit virtually.

The legislation to allow virtual appointments to continue would likely pass the Senate as well if it gets the chance. Given time constraints, language extending the telehealth rules is more likely to be tacked onto a spending bill, probably in the lame duck session after the elections.

Pandemic policies expanding access to virtual opioid use disorder treatment and telehealth for the more than 30 million people on high-deductible health plans are scheduled to expire before the other telehealth flexibilities. Telehealth advocates in Congress will push to extend them.

The high-deductible health plan rule allows insurers to offer virtual care before patients hit their deductibles and expires at the end of 2022.

Waivers allowing patients to skip the in-person visit usually required to get a buprenorphine prescription for opioid use disorder expire when the emergency does. That could come in January unless HHS extends it.

Democratic appropriators will try again to lift the long-standing ban on using federal funds on a national patient identifier system that advocates say will help avert medical errors. Last year, they tried — and failed — to do so amid GOP opposition.

Sen. Rand Paul (R-Ky.) is a fierce opponent of removing the ban, which he says protects patient privacy.

Democrats could bring up for a vote California Democratic Rep. Sara Jacobs’ My Body, My Data Act to bolster privacy protections for reproductive health data to make a point following the Supreme Court decision permitting states to ban abortion. But even if it were to pass in the House, it likely won’t move in the Senate where 10 Republicans would be needed to break a filibuster.

Any insight into what’s to come? We want to hear from you — reach out at [email protected].

Welcome back to Future Pulse, where we explore the convergence of health care and technology. This week, Minnesota, where Republicans generally look down on weed, accidentally legalized THC-laced seltzer. Breweries are stoked.

CMS’ proposed Medicare home health cuts will decimate the industry and harm 3.5 million aging, medically fragile, and disabled Americans who receive these services annually. 3 in 5 voters DO NOT support this potential funding failure. Each year, home healthcare saves the government money for every individual that does not end up in an institutional setting. Congress: Stop these cuts to ensure the safety and longevity of our nation’s most vulnerable populations. Learn More

At Ginkgo, Wegrzyn led the company’s pooled Covid-19 testing program at schools and airports, the latter of which was done in coordination with the CDC. In a June conversation with POLITICO, she was bullish about the potential for public/private partnerships to yield new modes of biosurveillance.

She joined President Joe Biden in Boston on Monday as he reiterated his desire to dramatically reduce cancer deaths.

Meanwhile, Massachusetts is redoubling its lobbying campaign to be selected as the ARPA-H headquarters.

HHS’ inspector general found providers risky if they billed for a large number of telehealth hours or often ordered medical equipment post-telehealth appointment. The office found that the providers it flagged billed Medicare $127 million — a tiny slice of the program’s $800 billion-plus spending in 2020.

What it means: The findings are a win for telehealth advocates, who want to rebut concerns about telehealth being prone to fraud.

Nearly half of urban beneficiaries used telehealth versus a third of rural ones.

The report also found that Hispanic beneficiaries were more likely than other groups to use telehealth.

The House Energy and Commerce Health Subcommittee will mark up companion legislation by Rep. Susie Lee (D-Nev.) on Wednesday.

REMOTE PATIENT MONITORING IS CATCHING ON — Billing for remote patient monitoring more than quadrupled during the pandemic’s first year, Harvard researchers found, but the growth was largely concentrated in a small group of providers.

The study,based on insurance claims data and published in Health Affairs, also found that those providers didn’t target people who might have benefited most from monitoring their signs more often than other patients.

“A primary care practice has a lot of fixed costs when they implement RPM,” said Ateev Mehrotra, one of the paper’s authors and a Harvard health care policy professor. “When they start offering it to patients, it makes sense to offer it to as many patients as possible.”

AT-HOME PCR TESTING FOR COVID, THE FLU AND MAYBE MORE — One firm backed with government funding hopes to convince Americans they should test themselves at home for diseases besides Covid-19.

This week, Detect, which received $22 million in HHS funding earlier this year, announced the development of a PCR-like home test that will identify Covid-19 and the flu, with plans to expand to strep, respiratory syncytial virus, other illnesses common in children and a panoply of sexually transmitted diseases that are now on the rise.

But the test is expensive at roughly $40 for a testing hub and over $30 a test. 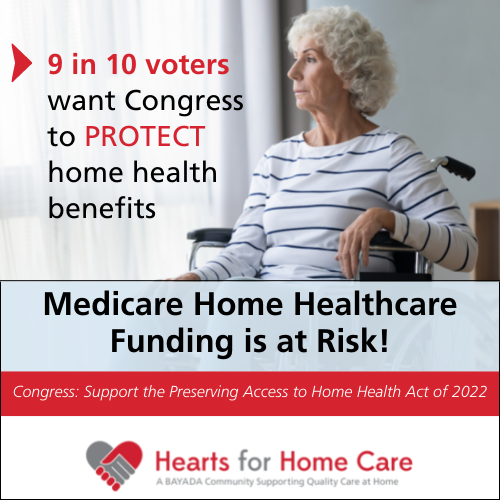 QUEEN’S DEATH DELAYS GLOBAL HEALTH FUNDRAISING — The United Kingdom is one of the biggest contributors to the Global Fund to Fight AIDS, Tuberculosis and Malaria, but its pledge in the current round of fundraising is in question as the country’s economic woes have prompted it to pull back development aid.

The Global Fund wants each of its donors to raise contributions by at least 30 percent to reach an ambitious $18 billion target that will help bolster disease fighting in developing countries over the next three years.

The mourning period following Queen Elizabeth’s death put a decision on Britain’s contribution on hold and delayed the previously planned Sept. 19 announcement of pledges in New York. That conflicts with the queen’s funeral and the pledges will now most likely come a few days later.

Halfway there: Pledges already announced by the United States, Germany, Japan, Sweden, private foundations and businesses total $8.7 billion. But other competing crises, from the famine in the Horn of Africa to the war in Ukraine, plus some of the top donor nations’ economic challenges, will make it hard for the fund to reach its goal.

Some pharmacists are afraid to refill prescriptions — and not just for abortion pills — after the Supreme Court decision allowing states to ban abortion. The Politico Show explains what’s happening and why.

State lines should no longer be barriers to health care — David Shulkin, opinion in The Hill

Looking to crack down on commercial surveillance, the FTC is open to ideas — Ruth Reader, POLITICO

The Centers for Medicare and Medicaid Services’ (CMS) proposed Medicare home health cuts will decimate the industry and harm 3.5 million aging, medically fragile, and disabled Americans who receive these services annually. These cuts equate to $1.33 billion for the industry in 2023 alone and $18 billion over the next 10 years. Americans do not approve: 3 in 5 voters DO NOT support this potential funding failure, and 9 in 10 seniors would prefer to receive care at home. Additionally, home healthcare saves the government money for every individual that does not end up in an institutional setting. However, the Preserving Access to Home Health Act (S.4605/H.R. 8581) would delay these cuts until 2026 and block the additional “clawback” cuts that are set to begin in 2024. Congress: Support the Preserving Access to Home Health Act to ensure the safety and longevity of our nation’s most vulnerable populations. Learn More

Fri Sep 16 , 2022
Massachusetts has noticed a significant uptick in the selection of immigrant people trying to get asylum more than the earlier a number of months. A lot of of these families are displaying up in unexpected emergency rooms all-around the Boston area in need to have of health care treatment and […] 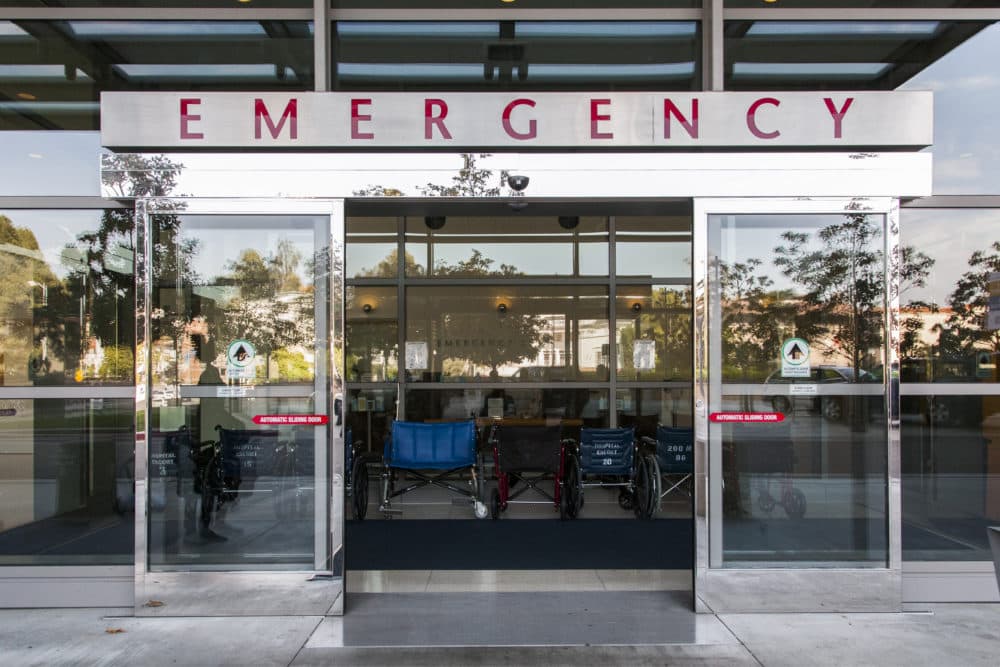