Commercial growers are prohibited from being within 1,000 feet of a school, including technology centers. A moratorium began Aug. 1 for new business licenses, affecting processors, dispensaries and commercial growers. A summary of further changes is available at bit.ly/ommarulechanges.

Business entities affected by the proposed rules are encouraged to provide detailed information on revenue losses or cost increases, direct or indirect, expected due to compliance.

Comments from individuals or those with business interests may be submitted via omma.ok.gov/rules or to Oklahoma Medical Marijuana Authority, P.O. Box 262266, Oklahoma City, OK 73126.

There also will be an opportunity for in-person public comment at 9 a.m. Thursday, Dec. 15, in Room 535 of the Oklahoma Capitol. Anyone who wishes to speak must sign in at the door by 9:05 a.m. The meeting will be livestreamed and recorded on the Oklahoma Senate website.

After the close of public comment, the OMMA will compile a summary with an explanation of changes or lack of any changes made in the proposed rules. The subsequent report will be submitted to the governor and Legislature during the next step of the rule-making process.

Can’t get a prescription for marijuana

Can’t get a doctor’s recommendation inside a dispensary

Can’t try the product while shopping

Can’t give marijuana away

Can’t drive while impaired on marijuana

Can’t smoke where you’re told not to

Be the first to know

Get local news delivered to your inbox!

Overwhelming support for legal recreational or medical marijuana in U.S.

Mon Nov 28 , 2022
An out-of-state customer purchases marijuana at a store in New York on March 31, 2021, when the state legalized recreational use of the drug. (Kena Betancur/AFP via Getty Images) With a growing number of states authorizing the use of marijuana, the public continues to broadly favor legalization of the drug […] 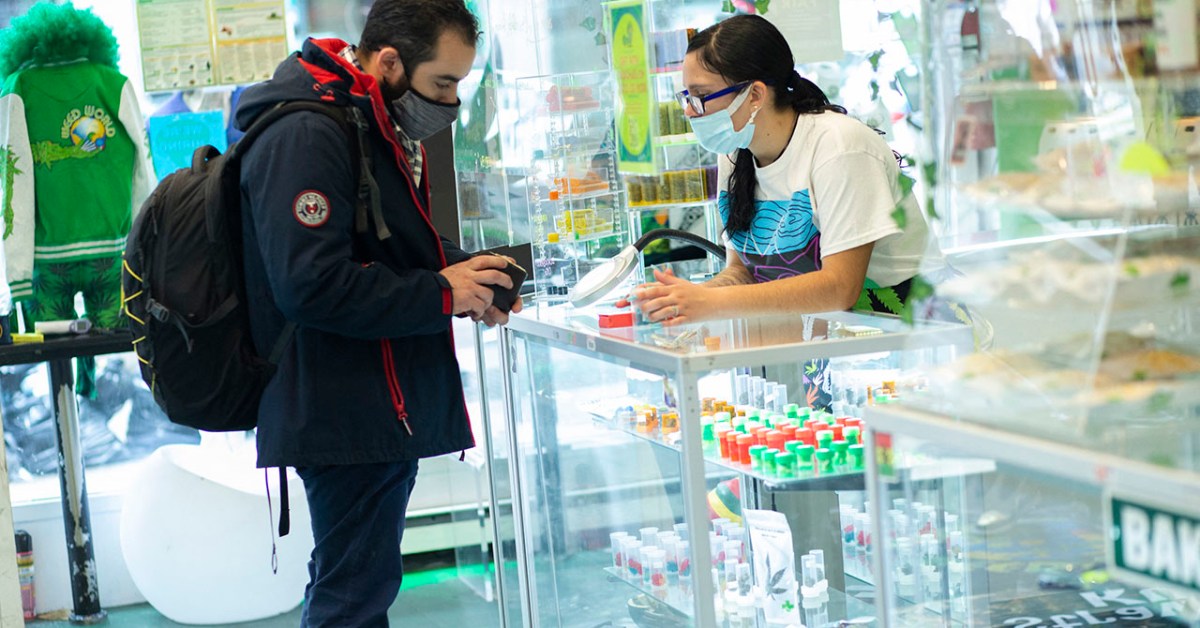